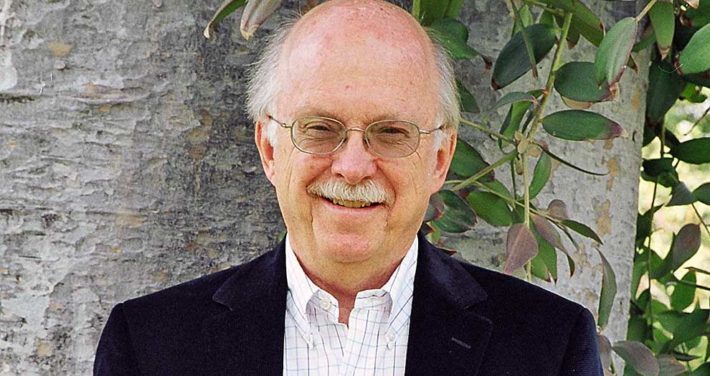 Montgomery, Ala. —Bestselling biographer Ronald C. White will deliver the Commencement Address for Huntingdon College Class of 2018 traditional day program graduates, Saturday, May 5, at 9:00 a.m. on the College’s Green. White will speak under the auspices of the Stallworth Lectureship in the Liberal Arts. His topic will be,  “An Inadmissible Question.”

White is the author of American Ulysses: A Life of Ulysses S. Grant [2016], which won the William Henry Seward Award for Excellence in Civil War Biography, awarded by the Civil War Forum of Metropolitan New York.  The Wall Street Journal wrote, “White has restored Ulysses S. Grant to his proper place in history with a biography whose breadth and tone suit the man perfectly.  Like Grant himself, this book will have staying power.”

He has also penned three books on Abraham Lincoln.  A. Lincoln: A Biography [2009], was a New York Times, Washington Post, and Los Angeles Times bestseller.  USA Today said, “If you read one book about Lincoln, make it A. LINCOLN.”  The book won a Christopher Award, which salutes books “that affirm the highest values of the human spirit.”  Lincoln’s Greatest Speech: The Second Inaugural [2002] was honored as a New York Times Notable Book.  The Eloquent President: A Portrait of Lincoln Through His Words [2005], was a Los Angeles Times bestseller and a selection of the History Book Club.

White’s op-ed essays have appeared in the New York Times, Washington Post, Los Angeles Times, and Christian Science Monitor.  He has lectured at the White House and been interviewed on the PBS News Hour. He attended Northwestern University and is a graduate of UCLA, Princeton Theological Seminary, and earned a Ph.D. in Religion and History from Princeton University. He has taught at UCLA, Princeton Theological Seminary, Whitworth University, Colorado College, Rider University, and San Francisco Theological Seminary.  He is a Fellow at the Huntington Library in San Marino, California, and a Senior Fellow of the Trinity Forum in Washington, D.C. White lives with his wife, Cynthia, in Pasadena, California, where he is working on his next book, a biography of Joshua Lawrence Chamberlain.

Huntingdon College, grounded in the Judeo-Christian tradition of the United Methodist Church, is committed to nurturing growth in faith, wisdom, and service and to graduating individuals prepared to succeed in a rapidly changing world. Founded in 1854, Huntingdon is a coeducational liberal arts college.