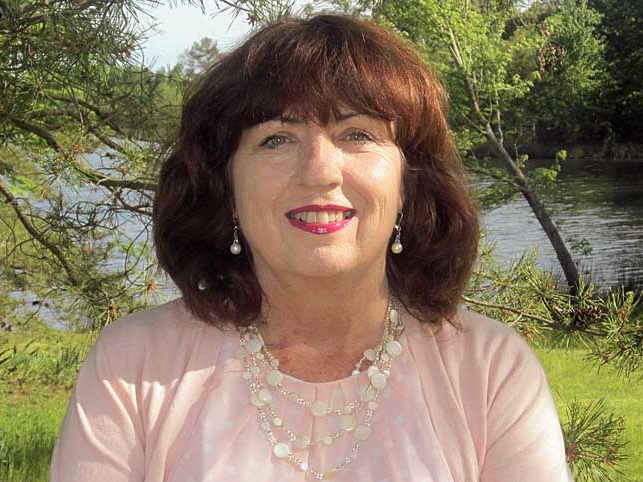 Dr. Maureen Joan Kendrick Murphy, a native of New London, Conn., and alumna of Huntingdon College, graduated from the public schools in Mobile, Alabama. She was editor of her high school newspaper, The Murphy Hi Times, for two years and won the National Council of Teachers of English Writing Award for the state of Alabama. Because of an accelerated summer program at Huntingdon College (“Step Ahead”), she was able to complete the first year of chemistry and Old and New Testament classes as a junior in high school and graduated magna cum laude with a B.A. in Chemistry from Huntingdon College in three years.

She earned her Ph.D. in chemistry and biochemistry from the University of South Carolina in 1983. In 1984, she was asked to serve as freshman chemistry lecturer at USC. During 1985–86 she was a postdoctoral research fellow in the Department of Chemistry at the University of Chicago. Her postdoctoral research publication, “Why Did Nature Not Choose the Porphyrin Ligand for Vitamin B-12?” has been cited worldwide as an example of the use of synthetic chemistry, kinetics, and thermodynamics to answer important questions about nature.

From 1986 to 1990, Dr. Murphy served as an assistant professor of chemistry and biochemistry at the University of Alabama in Tuscaloosa, where she earned a reputation for independent research at the interface of inorganic chemistry and biological science. Two of her graduate students in her laboratory received Ph.D.s and are now employed in industry. Her interdisciplinary research lab employed four graduate students, six undergraduates, and two high school students. While at Alabama, Dr. Murphy was awarded a Lilly Educational Foundation Teacher-Scholar Award for innovation in teaching and for the development of the demonstration-lecture series, “The Twenty Greatest Discoveries in Chemistry.”

After the birth of her children in 1988 and ’89, Dr. Murphy decided to leave academic research and lived in rural northwest Alabama (Phil Campbell) with her husband, Dr. Michael Derrington Murphy, where she taught high school chemistry and physics for seven years (1990–97) and served as chair of the science department for seven years. While teaching high school, Dr. Murphy received several national awards, including the National Tandy Technology Scholar Award (1997) for incorporation of technology into science classrooms, a GTE Growth Initiatives for Teachers (GIFT) National Fellowship for development of a science-math research curriculum for high school students, and the National American Chemical Society’s Southeastern Region Outstanding Chemistry Teacher Award. She started an environmental testing group for students, Russellville EnviroWatch, which won the Governor’s Award for the Best Environmental Education project in 1995–96. While teaching high school, she co-authored “Metals in Biological Systems,” a text published in London and used worldwide at the graduate level for bioinorganic chemistry.

In 1997, she accepted a position as an assistant professor of chemistry at her alma mater, Huntingdon College. In recent years, Dr. Murphy has continued her endeavors to understand nature and has incorporated her interests into the development of innovative courses (“Javametrics”) to introduce non-science majors to the scientific method. She conducts undergraduate research projects with students in the use of technology and spectroscopy to examine the art, history, food, dyes, and beverages of Chinese, West African, Acadian, Cajun, and Native American cultures. Since arriving at Huntingdon, she has published papers with Huntingdon students in peer-reviewed journals such as The Journal of Science College Teaching, The New England Association of Chemistry Teachers Journal, The Journal of Chemical Education, and most recently The Journal of Undergraduate Chemistry Research. She has been invited to present lectures nationwide on the use of palm-based technology for conducting science experiments and is rapidly becoming the expert in the use of this technology to teach research methods and ethics in science to high school and college students. In the past decade, she has conducted undergraduate research with 40 students at Huntingdon.

Since arriving at the College in 1997, Dr. Murphy has received all four teaching awards given by the College, including the Julia Lightfoot Sellers Faculty Award in 1999 and 2011, which is voted by secret ballot by the juniors and seniors at Huntingdon for that faculty member who “demonstrates by example integrity, nobility of purpose, and a desire for learning in the students.” In July 2001, she led 21 Huntingdon students to China for a travel study tour to compare the water quality of the Alabama River with that of the Yangtze. She has led additional Huntingdon trips up the Atlantic Coast to photograph U.S. lighthouses, to the Hawaiian Islands, and around the U.S. in 2006 for a tour of “Baseball, Barbeque, and the Blues.”

Dr. Murphy enjoys working with first-year students; she helped develop the First-Year Experience Program at Huntingdon, and she initiated an alumni mentoring program. Recently, Dr. Murphy has been assembling a collection of more than 60 poems she has written about her life as a daughter, student, teacher, mother, scientist, and researcher entitled “Poems From a Chemistry Gal.”

Recent Presentations by Students and Faculty

“Nature has provided us with a host of interesting molecules to study in the chemistry laboratory. Some of these molecules contain transition metals and ligands with unusual and interesting structures. The focus of our research is upon the role of metals in biological systems, the role of ligands in catalytic process found in Nature, and the use of palm-based laboratory (PBL) technology to conduct undergraduate research. We are also using molecular mechanics calculations to understand how Nature incorporated transition metals into metalloproteins and metalloenzymes. Additional undergraduate research projects in our group include the use of spectroscopy as a means of characterizing and discovering the substances unique to Native American, Chinese, Acadian/Cajun, and West African cultures. We use calorimetry, UV-Visible spectrophotometry, FT-IR, GCMS, FT-NMR, and atomic absorption techniques.”

“Teaching students to see the ‘big picture’—the link between seemingly unrelated properties in the real world and chemistry is something that I am proud to have a role in at Huntingdon.”