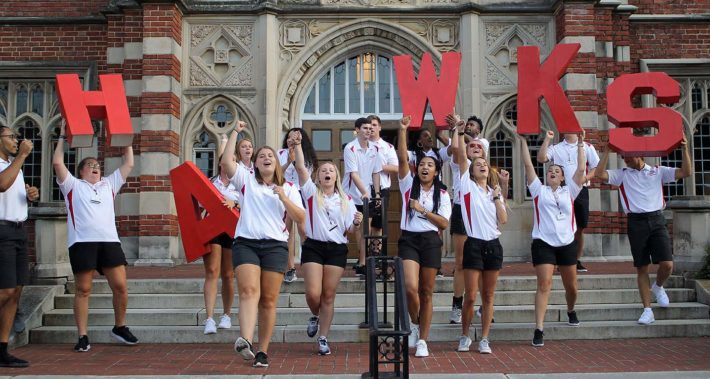 Huntingdon College Student Life includes organizations centered around common bonds.  Some groups are registered with the Student Government Association and receive funding and representation through that source, others are formed as a result of academic, service, or leadership ties.

Don’t be timid.  Step into a whole new world of friends.

In addition to Campus Recreation and Intramural programs and intercollegiate athletics, other groups bring student-athletes or students who have interest in athletics together for fellowship and leadership:

In addition to these groups and initiatives, nearly every athletic team, fraternity or sorority, or other organization on campus offers service and outreach opportunities that combine the ideals of the organization with the ideals of the College: “Enter to grow in wisdom; go forth to apply wisdom in service.”

FLI is available to students in their first year at Huntingdon, as well as students who have an interest in participating in Student Government Association (SGA) in their sophomore year. FLI educates students about necessary leadership traits that will assist the student in being successful not only at Huntingdon College but in every aspect of their professional lives.

Freshman Leadership Initiative events are open to the entire freshman class; however, to receive recognition for the completion of the program, one must apply to be a part of the select 30 seat group of Initiative participants.

Applicants who are accepted for membership into the Initiative must meet the following minimum requirements for recognition at the Spring Awards Convocation:

Huntingdon music ensembles evolve with the interests and talents of student-musicians each year. To find out more about music groups, see information about Music programs of study.